1997 saw the release of the first Air Jordan 13 in a white, black, and True Red colorway known as the ‘Cherry.’ After appearing in Spike Lee’s 1998 film He Got Game, the colorway earned the film title as a nickname. Inspired by Jordan’s love for golf, the shoes come with a dimpled upper. The Air Jordan 12 ‘Twist White Red’ was first restored in 2008 as part of the Countdown Pack Series, which also included the Air Jordan 10 Retro ‘Shadow Grey.’ The colorway was also retired in 2013. Air Jordan 12 ‘Twist White Red’ 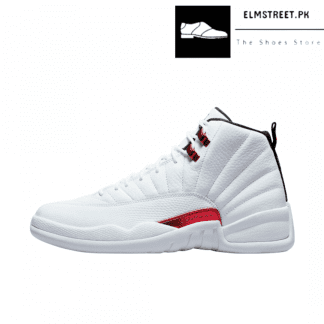